Wouldn’t be too hard to do a Google Maps driving directions with Street View sequences for mobile.
Lower end cell phones would page through images of major landmarks or intersections.
Higher end phones (3G & GPS) would have an animated gif (sequence of images).
Google Maps on the iPhone does a step by step that looks very good and similar to what I am suggesting…

Google wants to built an open wireless network that would accept any device, cell phone or service.
AT&T and Verizon try to protect their interests by lobbying against Google’s proposals.
But I think it is a logical step based on the internet model… they want customers to access all they have on the web, but on a wireless network.
Cell phones already have full web browsers and broadband speeds , just wireless…
Why shouldn’t that be “open source” as well?
Much cheaper than laying down fiber…

So… I couldn’t resist and got an iPhone – well, got it for a friend of mine in Brazil but obviously I’m testing it already before I take it to him 🙂
The interface itself, as everyone knows, is just the slickest phone interface out there… and it is fast… no waiting to go from one application or menu to the other… sure, the EDGE/GSM network is a lot slower than EVDO/CDMA data network but really, it’s good enough.
The beauty of it I think is that the improvements that can (and will be done I am sure) are all software tweaks. These are my 2 cents:

Otherwise it is fantastic!! 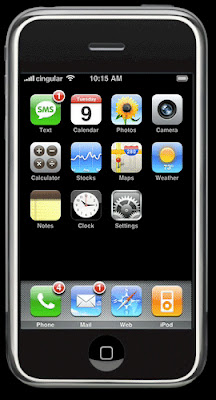 Was looking through some stuff left from the trip and found this very interesting list of teas and their effects that I got while I was in Beijing (had to “translate” a little from the strange English)
1. Litchi Tea (Black Tea) – stimulates the appetite. Add rose bud tea to reduce age spots.
2. Green Tea – enhances memory, reduces alcohol and cigarette hangovers, postpones aging and resists cancer
3. Imperial Oolong Tea – warms up the stomach, improves blood circulation, reduces inflammations, add red dates to improve your blood quality.
4. Jasmine Tea – cools you down, improves live functions, improves the eyesight and makes you resistant to radiation(!!??)
5. Pu-erh Tea – lowers blood pressure, cholesterol and diabetes. Burns fat and makes you sleep. Add fresh ginger slices to treat arthritis.
Enjoy you teas!

So… back in NY for almost a week now… it is hot and humid here and all very familiar.
I think what strikes me the most, comparing the US to Asia (Japan mostly) is that everything is big here – the streets, the sidewalks, the cars, the food portions, and the people.
The subway though… ridiculously small, no air conditioning in the stations, and very old and dirty. Granted that it is one of the oldest subway systems in the world but in a world hub like NY you would expect a little more out of it.
I heard that the trains cannot run any faster because they can’t really tell exactly where each train is once they leave the station! In Japan they inform you on multiple LCD screens within the train, how minutes it will take to each station along that train’s path. They could probably tell you how many seconds as well!
In any case, I’m loving to be back… been hanging out at home mostly getting me jet lag off and organizing my photos, computer and starting to think about next semester at school and future projects 🙂

Following Anais‘ coined phrase “Are they smarter than us?” – talking about the Japanese in her blog, I post this:

Reminds me of my first subway ride in Japan!! Heheheheh…

Well… Venice… hehehe… ended up not sight seeing in LA except for this last day where I got Burn’s car and went to Santa Barbara with Weber – another Brazilian who was visiting a friend there.
At night we all went out to a very animated Italian Restaurant on Washington and went back to Burn’s place for my “good bye” event 🙂